Light in the Darkness


Welcome to my Light in the Darkness meme! (If you missed my post on the inspiration for this meme, you can read all about it HERE.)

This is the place to share good things that are happening in our world...whether it's a link to a news article/video, something from your personal experience...anything good that can bring light into darkness!

I haven't seen all of Amy Adams' movies, but have really enjoyed the few I have watched. I thought this was an incredible act of kindness that she did for this U.S. soldier.

Labels: Light in the Darkness

My past ADHD Journey posts can be found at the following links:

In the past two years, we discovered something else that helped a great deal...The Archangel's diet! As we learned about the benefits of eating more natural & organic foods, we found that many additives, artificial ingredients (esp. high fructose corn syrup), added hormones & antibiotics in meats, & food dyes (esp. Red 40) can effect some people.

A HUGE trigger for him is Red 40. Through our observations & experiences, we found that the more Red 40 he has, the more aggressive & mean he becomes. One day, he went to lunch w/ HelpfulGrammy at Hometown Buffet. For dessert, he had a cherry Icee & some ice cream topped w/ gummy bears. He'd also eaten some red Jell-o w/ his lunch. It seemed like everything he said or did for the rest of the day was mean & spiteful...disobeying, not wanting to do even the tiniest chore, picking on & being cruel to his siblings (esp. The Princess).

Another day, he returned from a birthday party, exhibiting the same behavior. This time we narrowed it down to Doritos, which we discovered have Red 40 in them. He LOVES Doritos & had eaten a bunch at the party.

This experience prompted him to write a letter to the Frito Lay company. He explained that he had ADHD & Red 40 greatly affects him. He said he loves Doritos, but his mom won't buy them anymore because of the red dye in them. He asked if they could remove the Red 40 & replace it w/ beet root. (He found that Mentos use beet root for natural coloring.) Frito Lay never responded, but I was very proud of his efforts.

***I do want to add here that I'm not advocating that everyone must give up artificial ingredients. I know they affect each person differently & in our experience, they DO bother The Archangel (& to some extent, The Saint).***

Yet another trigger is over-stimulation. This can occur when we have a packed, busy schedule & The Blessings are not getting to bed on time or are up too early. If we're rushing from one thing to another, it can add stress for all of us. Sometimes it cannot be helped, but we try our best to keep some semblance of a routine.

Over-stimulation also occurs when he'd had too much screen time...video games, YouTube videos, movies, etc. We limit The Blessings game time to 30 min/day (except during the school year...they only get weekend game time). Occasionally, they may earn extra game time on Saturdays for "Dad Rewards" while I'm at work. (When they do get that extra time, they do not use it all at once AND it's no more than an hour total on that day.)

In addition to meanness, over-stimulation & diet triggers also cause tics in The Archangel. We do know that, along w/ the ADHD, he has Tourette Syndrome. This was "diagnosed" by the psychiatrist in an off-handed comment during our final session w/ him. I believe one of the medications he had been on triggered it. The doctor kind of just blew off my suggesting that, but I know my child much better than he does!

Because we didn't want any further medications for him, I chose not to pursue further evaluations for TS. Why spend the extra money to be told something I already knew & wasn't going to medicate for? TS is in our family & those who have it manage just fine w/out medication.

Once we got past these hurdles...the medication trials, counseling, changes in diet...we found that it is possible the help The Archangel manage his ADHD & other issues that go along w/ it. We know what makes this worse for him & try to avoid or limit them as much as possible.

There are still days when we all struggle through his outbursts, meltdowns, & spitefulness. He will probably have these issues throughout most of his life, but I think knowing the triggers & tools to help deal w/ them will go a long way in helping him find peace in his life.

Prayer plays a big part in our lives, too. Our parish has an anointing of the sick service once a year & The Archangel asks to go whenever it is announced. His excitement at wanting to go really touches my heart. Just because he doesn't have a visible illness (tics aside) doesn't mean he doesn't need healing. There are Communal Penance services several times a year & we make sure to go as a family. There is also the great Communion of Saints to help us along, esp. St. Dymphna...the patron saint of mental health issues.

I don't want to say this concludes our journey because I truly believe it is a lifelong process/illness. Everyone is affected in different ways & most people w/ ADHD have other acronymic (yes, I made that word up!) issues to go along w/ it (PTSD, OCD, TS, ODD, bi-polar, & so on). There isn't a catch-all cure for them because every person is different. I do not belittle anyone who relies on medications for a brain disorder such as these. It's no different than if you take medication for high blood pressure, diabetes, or any other disease.

I thank you for reading through these posts! If you have any questions or need further clarification on something I've said, please don't hesitate to ask. I'm no expert...I'm only a Momma who loves her children unconditionally & wants the best for their lives as they travel this path to Heaven! 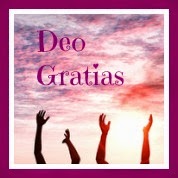 1) My parents have known each other most of their lives, but didn't date until after high school. Thankfully they did, otherwise my sister & I wouldn't be here today! Deo Gratias!

2) They set great examples for us in so many areas that have helped us become the wives & mothers we are today. Deo Gratias!

3) They were not afraid to show emotion & affection in front of us. When HandyGramps returned home from work, HelpfulGrammy always greeted him w/ a kiss. They told us (& showed us) often that they loved us & each other. Deo Gratias!

4) They were both strict & lenient, depending on the situation. I think that balance helped us grow into adulthood w/out a sense of entitlement. Deo Gratias!

5) Our needs were always provided for. I'm sure there were many times that money was tight, however, we never felt the penny-pinching. We had everything we needed...most importantly, we had each other! Deo Gratias! 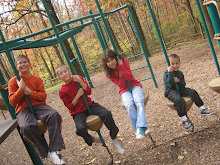 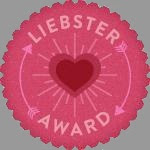 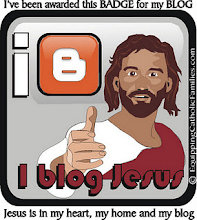